Introduction to Latin American Studies
Home / Syllabus / Week 10: Power to the People
Week 1: Where is Latin America?
Week 2: The Meeting of Two Worlds
Week 3: The Colonial Experience
Week 4: Independence Narratives, Past and Present
Week 5: Caudillos Versus the Nation State
Week 6: Citizenship and Rights in the New Republics
Week 7: The Export Boom as Modernity
Week 8: Signs of Crisis in a Gilded Age
Week 9: Commerce, Coercion, and America’s Empire
Week 10: Power to the People
Week 11: A Decade of Revolution in Cuba
Week 11: The Terror
Week 12: Speaking Truth to Power

Week 10: Power to the People 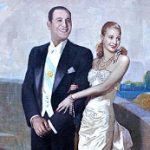 There is no more powerful or persistent spectacle in Latin American political history than populism, which stages of an entire people. Part of populism’s power is that it is not easy to pin down, that it resists precise definition. It is a gesture that divides the social world into two: the people and the elite. And it identifies wholeheartedly with the people, a collective subject in the first-person plural (“we”) that is the origin and foundation of society, but which for some reason has been denied its rights by an illegitimate and untrustworthy elite. Then populism tells us it will put things back in their rightful place.

Latin Americans are the past masters of populist politics. And among Latin Americans, none do populism better than the Argentines.

There is no more powerful or persistent spectacle in Latin American political history than populism, which stages an entire people.

“Power to the People”

Power to the People: Peronism

“Power to the People”

Michelle González Báez and another student:

Music and Nation in Latin America This podcast is designed to complement chapter seven of his textbook.

Alec Dawson (Professor, History and International Studies, Simon Fraser University), author of Latin America Since Independence: A History with Primary Sources, discusses the nature of populism in Latin America, especially during the 1930s and 1940s.

This podcast is designed to complement chapter seven of his textbook.

Plus a bit of Hugo Chávez...

My General, before you stand the people, and I want to take the opportunity to thank all those who are humble, all the workers, all the women, children, and men of our Father- land, who in their heart of hearts have praised a woman’s name. I am a humble woman who loves them deeply and who doesn’t mind devoting her life to them if it means bringing a little bit of happiness to one household in her Nation. I will always do what the people ask of me, [applause] . . . but I say to my fellow workers, just as I told them five years ago, that I would rather be Evita than the President’s wife if that Evita were uttered to soothe the pain in some household in our Fatherland.