Introduction to Latin American Studies
Home / Syllabus / Week 9: Commerce, Coercion, and America’s Empire
Week 1: Where is Latin America?
Week 2: The Meeting of Two Worlds
Week 3: The Colonial Experience
Week 4: Independence Narratives, Past and Present
Week 5: Caudillos Versus the Nation State
Week 6: Citizenship and Rights in the New Republics
Week 7: The Export Boom as Modernity
Week 8: Signs of Crisis in a Gilded Age
Week 9: Commerce, Coercion, and America’s Empire
Week 10: Power to the People
Week 11: A Decade of Revolution in Cuba
Week 11: The Terror
Week 12: Speaking Truth to Power 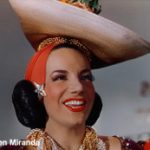 Commerce, coercion, and culture went hand in hand in the growth of a US “informal empire” throughout the hemisphere. This empire may have been informal, and its guiding principle may have been the free market, but it was enforced through violence when necessary. Where the United States felt that its political or commercial interests were in jeopardy, it was quick to send in the Marines or otherwise wield a big stick, to maintain order on its own terms. At the same time, the dance between Latin America and the USA has been a collaboration in which often both sides freely acquiesced, and in which it is not always clear who has the upper hand.

Commerce, coercion, and culture went hand in hand in the growth of a US “informal empire” throughout the hemisphere. 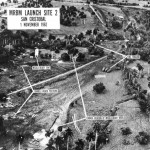 Some trinket, the product of technological superiority (European or North American) is exchanged for gold (spices, ivory, tea, etc.). The native is relieved of something he would never have thought of using for himself or as a means of exchange.

Each time this situation recurs, the natives’ joy increases. As each object of their own manufacture is taken away from them, their satisfaction grows. As each artifact from civilization is given to them, and interpreted by them as a manifestation of magic rather than technology, they are filled with delight. Even our fiercest enemies could hardly justify the inequity of such an exchange; how can a fistful of jewels be regarded as equivalent to a box of soap, or a golden crown equal to a cheap watch? Some will object that this kind of barter is all imaginary, but it is unfortunate that these laws of the imagination are tilted unilaterally in favor of those who come from outside, and those who write and publish the magazines.