Week 8: Signs of Crisis in a Gilded Age 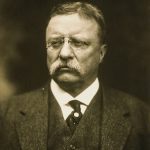 Under the surface of Latin American modernization, trouble was brewing, and the signs of crisis. This led to a period of turbulence and transition, in which distinct visions of the future emerged and entered into conflict.

It was also a time at which the center of the “dominant” logic of global history was moving, from Europe to the United States. Just as the region was trying to define itself beyond the legacy of European colonialism, new threats (and perhaps new forms of colonialism) made Latin Americans uneasy.

And the fact that many decades later, insurgent movements such as the Zapatista Army of National Liberation (in Mexico) or the Sandinistas (in Nicaragua) named themselves after revolutionary leaders from the first few decades of the twentieth century shows that the crises of this period never really went away, but were only displaced to a later date.

8. Signs of Crisis in a Gilded Age

Under the surface of Latin American modernization processes, trouble was brewing, and the signs of crisis soon became evident everywhere from Argentina to Mexico, Nicaragua to Peru.

You should also watch the interview video with Alec Dawson. Then there are the student-made videos.

This conversation with Alec Dawson (History, SFU) covers the concept of revolution and the specific case of Mexico. It looks at the various competing factions within the revolution, and then considers its legacy, and specifically the EZLN and the neoZapatistas. We also discuss the “Plan de Ayala.”

“Signs of Crisis in the Gilded Age”

Sorry, no posts matched your criteria.

You are strong, proud model of your race;
you are cultured and able; you oppose Tolstoy. You are an Alexander-Nebuchadnezzar, breaking horses and murdering tigers.
(You are a Professor of Energy,
as current lunatics say).

You think that life is a fire, that progress is an eruption,
that the future is wherever your bullet strikes.
No.

The agrarian problem is first and foremost the problem of eliminating feudalism in Peru, which should have been done by the democratic-bourgeois regime that followed the War of Independence. But in its one hundred years as a republic, Peru has not had a genuine bourgeois class, a true capitalist class. The old feudal class—camouflaged or disguised as a republican bourgeois—has kept its position.

In keeping with my ideological position, I believe that the moment for attempting the liberal, individualist method in Peru has already passed. Aside from reasons of doctrine, I consider that our agrarian problem has a special character due to an indisputable and concrete factor: the survival of the Indian “community” and of elements of practical socialism in indigenous agriculture and life.