Introduction to Latin American Studies
Home / Syllabus / Week 5: Caudillos Versus the Nation State
Week 1: Where is Latin America?
Week 2: The Meeting of Two Worlds
Week 3: The Colonial Experience
Week 4: Independence Narratives, Past and Present
Week 5: Caudillos Versus the Nation State
Week 6: Citizenship and Rights in the New Republics
Week 7: The Export Boom as Modernity
Week 8: Signs of Crisis in a Gilded Age
Week 9: Commerce, Coercion, and America’s Empire
Week 10: Power to the People
Week 11: A Decade of Revolution in Cuba
Week 11: The Terror
Week 12: Speaking Truth to Power

Week 5: Caudillos Versus the Nation State 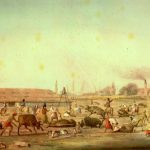 Nineteenth-century Latin America was often a violent place, not unlike what the English philosopher Thomas Hobbes describes as a “warre [. . .] of every man against every man.” To be fair, matters weren’t much better in Europe. But in general, the nineteenth century in Europe and North America saw the gradual acceptance of liberal doctrines and Enlightenment principles–at “home,” if not in the colonies abroad. By contrast, in Latin America liberalism has never really flourished.

5. Caudillos Versus the Nation State

The nineteenth century in Europe and North America saw the gradual acceptance of liberal doctrines and Enlightenment principles. By contrast, in Latin America liberalism has never really flourished.

You should also watch the interview video with Rita De Grandis. Then there are the podcasts for this week, as well as student-made videos.

Caudillos and their Origins

This conversation with Rita De Grandis (French, Hispanic, and Italian Studies, UBC) discusses Argentine writer Esteban Echeverría’s story “The Slaughterhouse” (“El matadero”) in the context of the relationship between literature and politics in in Latin America.

Caudillos versus the Nation State II

“Caudillos Versus the Nation State” 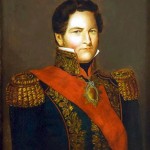 Alec Dawson (Professor, History and International Studies, Simon Fraser University), author of Latin America Since Independence: A History with Primary Sources, considers the ways in which the colonial history of the region impacted the process of creating modern states in Latin America.

This podcast complements chapter two of his textbook. 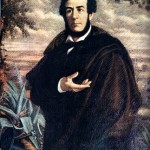 This podcast is designed to complement chapter two of Alex Dawson’s textbook, Latin America Since Independence: A History with Primary Sources. 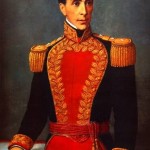 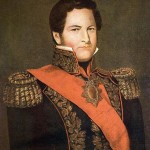 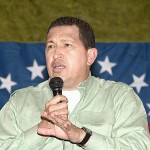